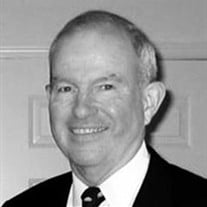 DENTON LOUIS PEOPLES 12/03-1940-5/24/2016 Denton Louis (Lou) Peoples died peacefully surrounded by family on May 24, 2016 at the age of 75 at his home in Incline Village, Nevada. His death followed a year-long illness with pancreatic cancer. Lou was born on December 3, 1940 in Kansas City, Missouri. When he was young, his family moved to the San Francisco Bay Area where he lived until his family moved to San Marino, California when he was a junior in high school. He attended Stanford University, where he met and married his wife of over 52 years, Mary Ann Zannon. At Stanford, he was a proud member of the Stanford Crew Team. He graduated from Stanford in 1963 with a degree in mechanical engineering with a nuclear power option. After graduation, he served seven years active duty in the United States Nuclear Submarine Service. He remained in the Navy Reserves, serving more than 30 years in the active and reserve components of the U.S. Navy and retiring as a Captain. After attending Harvard Business School, Lou embarked on a long career in the energy industry. He had more than 40 years experience in utilities, manufacturing, engineering construction and consulting. In 1999, he retired as Vice Chairman of the Board of Directors and Chief Executive Office of Orange and Rockland Utilities, Inc., headquartered in the state of New York. After retiring, Lou and Mary Ann returned to the West Coast to be closer to family and friends. They divided their time between homes in San Francisco and Incline Village, Nevada. Lou continued to serve on the Executive Board of the Center for Clean Air Policy in Washington DC. He was a member of the Board of Directors of NorthWestern Energy until a month before his death. A lifetime member of the National Eagle Scout Association, Lou served the community in a number of scouting leadership roles, including president and director of the Hudson Valley Council, Boy Scouts of America. He continued this commitment to scouting after his retirement, serving on the Executive Board of the Nevada Area Council, BSA. Lou will be remembered for his integrity, incredible work-ethic, strict observance of the speed limit, dedicated friendships, love of the outdoors, and for being a wonderful husband and father. He is survived by his wife, Mary Ann, his son Jim Peoples and his wife Julie. his son John Peoples and his wife Mandy, his daughter Anne Worrall, his four wonderful grandchildren, Josh, Hannah, Sophia and Miles, and his sister Annabelle Kapelke and her family. There will be a celebration of life service for family and friends on Tuesday, June 21, 2016 at 3PM at the Stanford Memorial Church, Stanford, California. In lieu of flowers, donations in Lou’s name can be made to Tahoe Forest Hospice, PO Box 759, Truckee, CA 96160 or Nevada Area Council, BSA, 500 Double Eagle Ct., Reno, NV 89521.

DENTON LOUIS PEOPLES 12/03-1940-5/24/2016 Denton Louis (Lou) Peoples died peacefully surrounded by family on May 24, 2016 at the age of 75 at his home in Incline Village, Nevada. His death followed a year-long illness with pancreatic cancer. Lou... View Obituary & Service Information

The family of Mr. Denton Louis Peoples created this Life Tributes page to make it easy to share your memories.