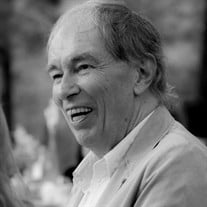 Doran Cahill, known by his moniker, “Montana” was born on November 22, 1942 in Cape Charles, Maryland. He passed away peacefully in his home on December 28, 2020 at the age of 78, with the Buffalo Bills playoff game on television, laying on his couch, with dinner ready to pop in the oven. Born and raised in East Aurora, New York, Doran is survived by his younger brother, Slater Cahill, his sister-in-law, Eloise Cahill, and his nephew and niece, Christopher Cahill and Michelle Cahill. His youngest brother, Johnny Cahill, passed away shortly after Doran on April 4, 2021, and both brothers are now survived by Johnny’s daughter, Chloe Cahill, as well as stepdaughter, Sarah and Stepson David. His extended family includes over 60 surviving cousins and one aunt, Kathleen Dumphy. Growing up in western New York, Doran was shaped first and foremost by his parents, Frank and Irene “Tommy” Cahill. The Cahill’s were known to attend Church every Sunday, where Doran served as an altar boy. Doran was an exception student, often achieving straight-A’s in his youth, and was highly regarded by his English teacher for his well-read nature and accelerated writing. The three boys were close in their younger years, and would grow up to become a tight-knit band of brothers in adulthood. Growing up in a small town, Doran developed a mischievous nature early on, and was particularly fond of celebrating Halloween, when he enjoyed spooking his neighbors on Maine Street. A longtime member of the Boys Club, the organization helped shape him early on, and is where he learned to play basketball and pool – two activities that carried over well into adulthood. That combined with Boy Scouts and his paper route – rain or shine – created a dedicated work ethic early on. From a young age, Doran was unconventional, adventurous, and free-spirited. He paved the way for his brothers, always leading the pack and blazing the trail for the trio. He hitchhiked across the country more than seven times; one of those being after high school when he made his way to New York City and lived on a subway for a short period of time before heading to college in southern Kentucky. Having stumbled upon Lake Tahoe on a hitchhiking mission to San Francisco in college, it was only a matter of time before Montana made his way back to the Sierra in the early ’70s, at which point he landed a job at the Bear Pen Tavern in Squaw Valley. He spent the next 40 years working at Jake’s on the Lake in Tahoe City, where he retired in 2019. From Kentucky to Woodstock to Lake Tahoe, Doran leaves behind a legacy of unwavering kindness, a unique zest for life, and a style of wit and humor unparalleled by most. He will be greatly missed for many years to come.

The family of Doran "Montana" Cahill created this Life Tributes page to make it easy to share your memories.

Doran Cahill, known by his moniker, “Montana” was born on November...