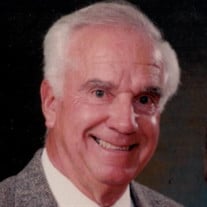 Henry John Kowal, 91, of Reno, NV, Truckee, CA & Tucson, AZ, peacefully passed away in his sleep on May 2, 2022, after a family & catholic faith-based long life and enjoying a healthy active lifestyle. Hank, as he preferred to be called by his friends, was born on April 20, 1931, to Joseph and Mary Kowal (nee Turnoc) in the city of Chicago, IL. After graduating from high school in Chicago, he joined the US Marines in 1951, where he was first exposed to his future California home. After discharge, he attended the University of Illinois, where he earned both B.S. and M.B.A. degrees After graduation, HJ, as he preferred to be called professionally, joined AT&T management where he spent his entire 30+ year career. He served mostly with Pacific Bell in the SF bay area living in Lafayette, CA, before relocating to Nevada Bell in Reno, NV, as he approached retirement age. He was a passionate, friendly, and successful Director/manager. But his main priority in work life was his support of his family, being a role model, and later providing for the family academic educations. Tennis was also a passion he shared with his wife every weekend. In 1955, Hank found Agnes (nee Cabala) by chance while buying a book at her aunt’s catholic store in Chicago. He felt a need to buy more books over the following weeks, to really meet her, and fell in love. They married in 1956, spending 65 years together. They went on to have 5 Children; Karen Anderson of Tucson, Ken of Green Bay, Dave (Tracy) of Las Vegas, Denise of Truckee, Janet Rhoades (Alan) of Portland, OR. Hank retired at a relatively young 55, in the 1980’s, and they moved to the Tahoe-Donner community in Truckee, CA full time. Soon they also found a winter residence in Saddlebrooke in Tucson, AZ, and began enjoying summers in the beautiful Sierras and winters in sunny Arizona, for the rest of their time together. He continued to play Tennis socially, but in retirement he had more time to pursue his love of woodcarving, Travel, and learning to play Golf with Agnes, which replaced their shared passion for tennis later in life. Henry was predeceased by his siblings Len, Ed, and Therese, and his daughter Karen. Henry is survived by wife Agnes, children Ken, Dave, Denise, and Janet, grandchildren Katie & Betsy, and nephews and nieces. A private family Funeral Mass will be celebrated at Assumption of the Blessed Virgin Mary Catholic Church, in Truckee, CA, and the Rite of Committal and burial will be at Truckee Cemetery.

Henry John Kowal, 91, of Reno, NV, Truckee, CA & Tucson, AZ, peacefully passed away in his sleep on May 2, 2022, after a family & catholic faith-based long life and enjoying a healthy active lifestyle. Hank, as he preferred to be called by... View Obituary & Service Information

The family of Henry John Kowal created this Life Tributes page to make it easy to share your memories.