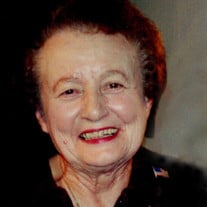 Joanne Ellen Marier passed peacefully on August 24, 2021 after a long, 13-year struggle with Alzheimer’s. Born on August 5, 1932, in Cottage Grove, Oregon, to Wayne and Irene (Quinn) Witcher, Joanne lived most of her childhood in Roseburg, Oregon. At the early age of 14 she met the person who would become the love of her life, Ernest Marier, who was employed at her father’s logging company. Two years later, as Ernie was serving as a pilot in the US Navy, they were married. After Joanne finished high school in Roseburg, she joined Ernie at the Naval Base in San Diego, California. Two years later, Ernie Jr. was born and two years after that their daughter Jackie arrived. The young family moved from San Diego to Healdsburg, California and before long, moved on to Tahoe City, California where they started Bear Creek Construction Company, a local Tahoe business for over 50 years. There, they raised their family, which in 1961 increased again when Rick joined the family and 4 years later, Dixie. Together, Joanne and Ernie were a moving force behind the Tahoe City Optimist Club and for many years helped organize and put on popular early Tahoe events like the 4th of July Carnival, Santa at the “Big Tree” and youth basketball tournaments. Joanne would organize the “Hospitality Room” for these tournaments, feeding teams for days and often, even arranging lodging for out of town boys. Later, when Bear Creek Construction began building Forest Service roads in the woods, Joanne faithfully joined Ernie for the “season” deep into the forest, camping with the crew and occasionally dealing with local wildlife. Joanne enjoyed many quiet days reading, or putting around the motorhome, waiting for everyone to return to camp. After retiring, Joanne enjoyed traveling with Ernie through Canada and Alaska. A favorite winter destination was Arizona where they gathered with friends-both old and new, and family to wait out the cold Tahoe months. When they weren’t traveling, they split their time between Tahoe City and their beautiful property in San Andreas, California. Joanne was preceded in death by her husband Ernie, daughter Jackie, son Ernie Jr., brother Wayne Witcher, and sister Betty Thorton. She is survived by her children Rick Marier, and Dixie Mooney (David), her grandchildren: Ryan Marier, Megan Marier (Ramez), Adam Marier (Elysha), Garett Marier, Cody Marier, and Michael Mooney. And one great-grandchild: Adam’s daughter Aria. Memorial services will be held Saturday, September 11, 2021 at the First Baptist Church in Tahoe City, California at 12:00 (noon.) Burial following at Trail’s End Cemetery.

Joanne Ellen Marier passed peacefully on August 24, 2021 after a long, 13-year struggle with Alzheimer&#8217;s. Born on August 5, 1932, in Cottage Grove, Oregon, to Wayne and Irene (Quinn) Witcher, Joanne lived most of her childhood in Roseburg,... View Obituary & Service Information

The family of Joanne Ellen Marier created this Life Tributes page to make it easy to share your memories.