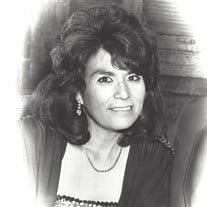 Linda Lee Alvarez, 71, of Susanville, California, began her journey home on March 11, 2018 at Renown Hospital in Reno, California. She was born on December 2, 1946 in Susanville, California to Leroy Joseph Alvarez and Phyllis Marie Alvarez. She was married three times during her life, but was no longer married at the time of her death. She is survived by her daughters, Bridgette Streeter of Grass Valley and Michelle LaPena of Sacramento; nephew Mikel Alvarez, of Las Vegas, Nevada; and grandchildren Raymond LeBeau, Viola LeBeau and Vivian LaPena of Sacramento. She is survived by many cousins and extended family in the Susanville area, as well as on the Cahuilla Indian Reservation and Cabazon Indian Reservation. Linda was preceded in death by her brother Alfred Alvarez in 1981, and her mother, Phyllis Alvarez just last September, 2017. Linda was raised in Susanville and lived there until around 1969, when she moved to the Bay Area for work as a nurse. She became a single mother of two at that time. Eventually, she moved with her two children to Truckee, to be closer to her parents. They helped take care of her daughters as she worked to become the first female bus driver for the Tahoe-Truckee Unified School District. Linda was able to balance being strong Native woman with a sense of style. The male mechanics nicknamed her “Princess Roundheels,” because she drove the school bus in high heels. She enjoyed the attention and likely played along with their joke to get what she wanted in a male-dominated job, which was good pay and recognition of her strong driving skills She continued driving a school bus for the Nevada County School District when she moved to Auburn, California, in 1974 and married Gary Streeter, of Auburn. There, she became active in the local Native community and became interested in promoting Indian health in the Auburn area as a member of the Chapa-De Indian Health Clinic Board. She provided support to Chapa-De when the Board sought to expand the Clinic from its original location on Dewitt Road to its current location on Atwood Road in Auburn. She continued to be active in local issues for many years, even being named to the California Council on Aging by Governor Jerry Brown during his second term as California Governor, around 1980. In the 1980’s, she decided invest into an industrial park development in a partnership with her husband. She was able to finance, build and operate “Streeter Plaza” on Streeter Road, which is on Highway 49, near Lake of the Pines. Streeter Plaza remains in operation today. Linda eventually decided to return to Truckee, and later moved in with her parents to help take care of her ailing mother. While it was difficult caring for her mother, who had Alzheimer’s and dementia, she had help from her daughter, Bridgette, who assisted regularly. Her mother, Phyllis, passed away in September and she was just beginning to spend more time with friends and trying move forward. She passed away on March 11 as a result of complications due to prior surgeries. Linda accomplished many things in her life despite having only a high school education. She was smart, funny and was a lucky gambler who often won at the casinos, and at the Bunco table. She loved her large family, and often talked on the phone with her cousins in Susanville and down south on the Cahuilla Reservation. She enjoyed writing notes to extended family and friends and liked to share updates about her daughters and grandchildren. She loved her grandchildren Raymond, Viola and Vivian, and she was proud of their accomplishments in sports and at school. She will be missed by all who love her and remain behind. Linda wished to be cremated and her ashes scattered at Lake Tahoe. Friends may contact Bridgette Streeter at (530) 477-7280 for information on the services.

The family of Linda Lee Alvarez created this Life Tributes page to make it easy to share your memories.