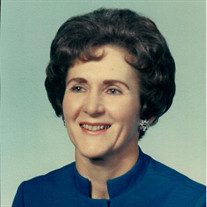 Marian Butz Lavezzola Kinzler passed away peacefully on May 4, 2018, in Truckee, California. She was born on February 10, 1926, in Gridley, Butte County, California, to Chester Peter and Mary Loretta Butz, moving to Oroville a few months later where she lived until October of 1935. At that time, her family moved to Downieville where she attended Downieville Elementary School and High School, graduating from Downieville High School in 1943. During high school, she worked for The Mountain Messenger folding papers every Friday night, or whenever the paper came out. She also gathered the local news for the Messenger weekly during her last two years of high school. After graduation, she completed Heald Business College in Sacramento and Mt. Saint Mary’s Business School in Grass Valley, graduating in 1944. At that time, she became employed in the Roman Catholic Bishop’s Office in Sacramento as secretary to Bishop Robert Armstrong and bookkeeper for St. Mary’s Catholic Cemetery and Mausoleum until March 1948, when she returned to Downieville to get married. She married Peter A. Lavezzola at the Immaculate Conception Catholic Church on April 10, 1948. Bishop Armstrong performed the ceremony assisted by six priests from the Diocese. Between 1959 and 1970 she worked in various Sierra County offices, mainly for the Clerk-Auditor-Recorder. She was Public Guardian and ran for the Treasurer and Tax Collector position in 1970, won the election and was appointed to the office in October of that year. She retired in January 1987 after serving 26 years for the County. She married Leonard V. Kinzler on August 26, 1988 in the Immaculate Conception Church in Sutter Creek, California. Marian was proud to be a member of a pioneer family, as the Butz family homesteaded in Celestial Valley in the early 1850’s. She was an active member of her community having served on the P.T. A., American Legion Auxiliary, Gold Nugget Republican Women, Immaculate Conception Altar Society, Golden Rays Senior Citizens and Native Daughters of the Golden West. Marian was preceded in death by her husband, Peter A. Lavezzola, brother, Elmer Butz, sister, Wilma Hubbard, second husband, Leonard Kinzler, and son-in-law, Stephen Hamilton. Marian is survived by her loving family, daughters, Pamela Brandon (Russ), Janet Hamilton, and grandchildren, Ryan Brandon and Megan Brandon. She is also survived locally by her dear niece, Cindy McCreary (Dennis), and many beloved nieces and nephews. Marian had a special friend in Logan Kinneer, who brought her great happiness. Marian’s family wishes to thank Lora Lee Grutkowski, FNP, Tahoe Forest Hospital Extended Care Center and Tahoe Forest Hospice for their compassionate care and kindness. In lieu of flowers, if anyone would like to donate in memory of Marian, we would appreciate a donation to the Downieville Volunteer Fire Department, her dear friends who always came to her aid, day or night. If you have a favorite charity, please donate accordingly. A celebration of life and luncheon will be held on Saturday, July 21, 2018, at 11:00 a.m., at the Masonic Hall in Downieville.

Marian Butz Lavezzola Kinzler passed away peacefully on May 4, 2018, in Truckee, California. She was born on February 10, 1926, in Gridley, Butte County, California, to Chester Peter and Mary Loretta Butz, moving to Oroville a few months later... View Obituary & Service Information

The family of Marian Butz Lavezzola Kinzler created this Life Tributes page to make it easy to share your memories.

Marian Butz Lavezzola Kinzler passed away peacefully on May 4,...