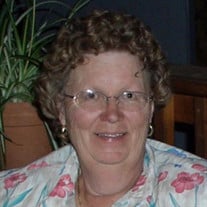 Verna Mae Mills Painter died March 26, 2022, at the age of 85 in the memory care unit of Belmont Village Senior Living, Albany, California. Verna was born on May 21, 1936, and raised in Port Orchard, Washington, a small town on the Puget Sound just a ferry-ride from Seattle. Her family lived 5 miles or so inland, in Blackjack Valley, a rural, subsistence-farming area filled with immigrant families who had moved there within a few generations. She was the eldest of three children born to Clifford Claude Mills and Elnora Viola Kohler and grew up surrounded by a closely-knit extended family with grandparents living two houses away, and aunts, uncles, and cousins nearby. When describing her early life, Verna would say “We were poor, but we didn’t know it, because everyone else was in the same situation”. She attended local schools and graduated from South Kitsap High School in 1954 having served as student body Treasurer in both her Junior and Senior years. (No one who knew Verna would be surprised about that!) After graduating from a two-year secretarial program, including shorthand and typing, Verna worked as a secretary for the US Naval Torpedo Station in Keyport, Washington. It was while working in Keyport that she met her future husband, Willard Painter. They married on May 5, 1956, in Port Orchard. With Willie’s career in the US Navy already underway, the family moved regularly, which explains where their four children were born: daughter Sheryl in Bethesda, MD, sons Ronald and Kenneth in Oakland, CA, and daughter Dawn in Long Beach, CA. In 1970 Willard was transferred to Vietnam, prompting Verna and the four children to relocate to Truckee, where Willie’s parents, Carl and Lizzie Painter, had lived for decades. During their time in Washington DC, Verna continued to work, this time as a secretary for Naval Intelligence. Although she put secretarial work aside as her family grew, she was involved in a variety of activities including being a Cub Scout Den Leader and President of the PTA for the elementary school in Long Beach for two years. She remembered attending the PTA state conference because she had to wear a hat and gloves (those were the 60s!). Later in Truckee, she served many years as Mother Advisor for the Truckee Rainbow Girls. After moving to Truckee, Verna began working again. First in the Truckee Library when it was still downtown. Then in November 1972 she began a 28-year career working for the Tahoe Truckee Unified School District. Typically, Verna worked in accounting-related jobs, but her final position was as executive secretary to the School Superintendent. Her happiest times though were the eight years she was the “office lady” at Truckee Elementary School. She loved knowing all the students, their parents, the teachers, and everything that went on in the school. In later years, she really enjoyed running into former students and parents at Safeway or the post office. Verna retired in June 2000. The next decade offered opportunities to square dance and travel with her life-companion Bill Boling. Together they visited family and friends across the U.S., traveled to China and South Korea (she actually stood on the border between North and South Korea; one foot in each country), and cruised in Mexico. They also completed the multi-week, 6,000+ mile round-trip from Truckee to Alaska in an RV caravan. For several summers, Verna and Bill served as campground hosts at Boca Reservoir and South Lake Tahoe. She added these experiences to other travels with family and friends in Europe, Alaska, Hawaii, and Hong Kong. Verna was handy with a needle and thread. When her children were young and budgets were tight, she sewed shirts and dresses. She could crochet and embroider. Later in life she also spent many hours completing cross-stich projects; and then moved on to creating beautiful quilts. Verna loved the color red, the ferries that still ply the waters of Puget Sound, and of course “her” mountain, the one the rest of us call Mt. Rainier. Her favorite foods were primarily reminders of her childhood: salmon, clams, fried oysters, Dungeness crab (lobster?? no thanks.), apricots, vanilla tapioca pudding, pumpkin pie, raspberries (blueberries?? are you kidding, no taste whatsoever), cinnamon rolls, and “good” liver and onions. Of course, prime rib served with baked potatoes and sour cream, Diet Pepsi (never Diet Coke), and chile rellenos from her favorite Mexican restaurant were good choices too. Most people have an entire list of foods that they don’t like/won’t eat. Verna had just one culinary nemesis…raisins. It didn’t matter whether they were black or golden or pink with polka dots, no raisins, no way. In October 2018 and suffering from the increasingly difficult symptoms of Alzheimer’s disease, Verna moved into the memory care unit of Belmont Village where she could receive the ongoing, daily support she needed. Verna was preceded in death by her parents, brother Robert Mills, brother-in-law Robert Marcus, and her life partner Bill Boling. She is survived by her sister June Mills Marcus; sister-in-law Kinue Mills; four children Sheryl (husband Albert Totagrande), Ronald (wife Kay), Kenneth, and Dawn (wife Diana Foster); three grandsons Michael and Nicholas Totagrande and Joseph Painter; several nieces and nephews; and special friend Wayne Bosserdet. A celebration of life is scheduled for Sunday, May 15 at River Ranch from 1:00 – 3:00. Verna will be buried in Port Orchard, Washington later this year. Donations in Verna’s memory may be made to the Truckee Elementary School Class Gardens Project (checks made out to TTUSD, c/o Ron Painter, P O Box 359, Colfax, CA 95713). Our family would like to thank the team of care givers at Belmont Village and the individuals who supported Verna before her move to Albany, including Kari and Bernadette. In addition, we sincerely appreciate the assistance of Truckee-Tahoe Mortuary and Harris Funeral Home Legacy Center in Albany.

Verna Mae Mills Painter died March 26, 2022, at the age of 85 in the memory care unit of Belmont Village Senior Living, Albany, California. Verna was born on May 21, 1936, and raised in Port Orchard, Washington, a small town on the Puget Sound... View Obituary & Service Information

The family of Verna Mae Mills Painter created this Life Tributes page to make it easy to share your memories.